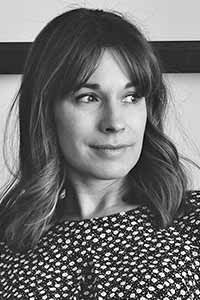 Writer/Director Ruth Borgobello graduated from the Victorian College of the Arts in 2002. Her award winning short films have screened at prestigious film festivals all over the world, including the Tribeca Film Festival, Flickerfest and Interfilm Berlin.

Passionate about forging links between Australia and Italy, Ruth has just completed her first feature film The Space Between, the first official Italian/Australian co-production, starring Flavio Parenti and Maeve Dermody. She currently works as a commercials director across Italy and Australia and has directed jobs for clients including Alfa Romeo, Bosch, and Friuli Venezia Giulia Tourism, Italy.

Palace is proud to be presenting the World Premiere of The Space Between at the festival nationally. Ruth will be attending sessions nationally. Please check Events pages for details. 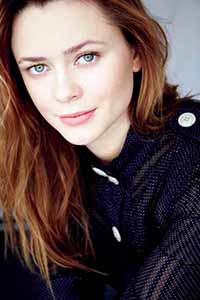 Maeve Dermody made her feature film debut in 1993 as a young child in the feature film Breathing Underwater. In 2009 she was nominated for numerous awards playing opposite Ben Mendelsohn, Bryan Brown and Rachel Griffiths in the Rachel Ward directed film Beautiful Kate, followed by Blackwater (2007) and Griff, The Invisible (2010), which had its world premiere screening in competition at the Berlin Film Festival in the same year. Maeve has also established herself as a rising star in the local theatre world with leading roles in the Belvoir Theatre production of The Seagull, and the Sydney Theatre Company’s acclaimed production of Our Town. Maeve’s television roles include Bikie Wars (2012), Paper Giants: The Birth Of Cleo (2011), Rake (2012), Power Games: The Packer–Murdoch Story (2013), and Serangoon Road (2013).

In 2015 Maeve performed in several U.K. productions including the BBC mini-series And Then There Were None, an adaptation of the Agatha Christie mystery novel; the ITV London-set Noir crime thriller Marcella, opposite Anna Friel, and SS-GB for BBC One.