Lorenzo, Blu and Antonio are three teenagers in a small town. For three unique reasons, they are all outsiders.

Antonio is a key player for his basketball team, but off the court he is excluded by his teammates and bullied by his peers. Blu has just moved back to town. Every day on her walk to school she gets a reminder that her sexual exploits are known and condemned by all thanks to vulgar graffiti on the walls. Then there’s Lorenzo who joins the class halfway through the academic year. He’s 15, gay and has recently been adopted. He goes against the grain in every way but most noticeably in how he dresses: eccentric and colourful. In his imagination he sees himself as a star despite the homophobic insults he receives from the moment he arrives at his new school. Antonio, Blu and Lorenzo quickly become best friends and find in their friendship the strength to fend off insults from the school bullies.

Reminiscent of 1960s New Wave forerunners like Truffaut's Jules et Jim and Godard's Bande a parte, One Kiss - as based on writer/director Ivan Cotroneo’s novel of the same name – is a story of friendship, the limits of imagination, and the consequence of honesty.

It’s impossible to watch this movie without getting emotional.

Best known to audiences as the screenwriter of I Am Love starring Tilda Swinton and for his TV work on Italian hit Crazy for Love. Naples-born Ivan Cotroneo is an award-winning author, director and screenwriter. In 2010 he won Best Screenplay at the Italian Golden Globes for Loose Cannons (LIFF 2010), then made his feature directorial-debut in 2011 with the acclaimed comedy-drama Kryptonite! (LIFF 2012) starring Luca Zingaretti. 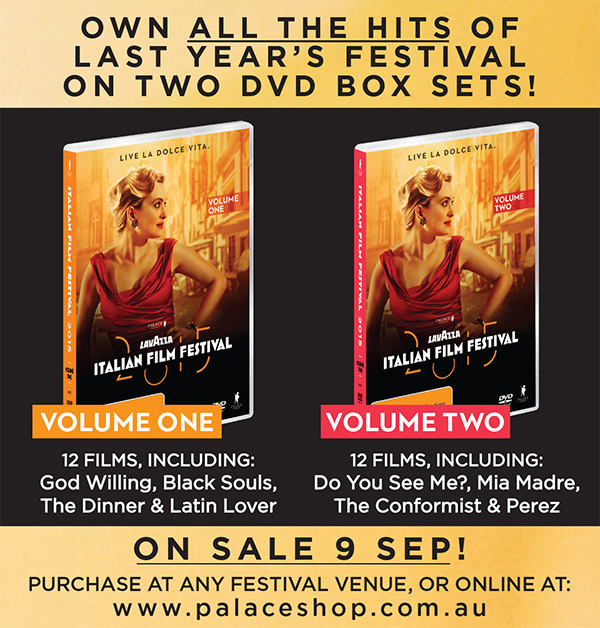