Claudio Giovannesi’s Italian prison drama follows the story of young and conflicted Daphne (mesmerising newcomer Daphne Scoccia) who, after being criminally convicted for robbery, must adapt to a new lifestyle in a juvenile prison. In prison Daphne is mainly ostracised by the other girls but she soon finds comfort through her secret relationship with Josh, whom she meets across a fence in the separate male ward. Their relationship is not allowed in the prison so they exchange clandestine letters, brief glances and conversations through the fence that separates them. Through her romantic relationship with Josh and her new life in prison Daphne is finally able to discover herself, but can her relationship with Josh survive beyond prison life?

Fiore’s hard-hitting social commentary and the socio-realism that resonates throughout is likely attributed to the filmmakers spending four months at a juvenile prison in Rome and the film’s use of several non-professional actors, many who were previously imprisoned.

Claudio Giovannesi was born in 1978 in Rome and is a director, screenwriter and musician. He studied directing at the Experimental Centre of Cinematography in Rome. Fiore is his third feature film which screened at the Directors' Fortnight at the Cannes Film Festival in 2016. 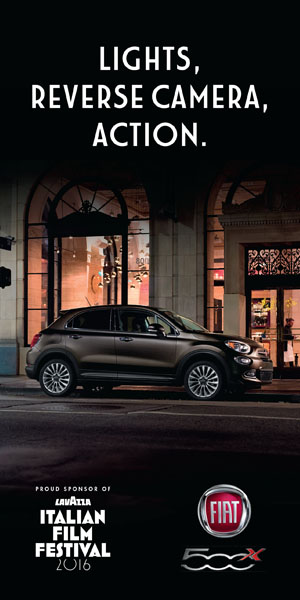